The power of narratives and perceptions

When you hear America – what comes to your mind.
Drug problems, racism, mass shootings in schools, economic sabotage of Africa and enemy countries, debtor to China, entitled citizens with grants for the unemployed, easy to become bankrupt if you are sick. NO – not really.
Although all the things listed are real issues America faces, you’d still want to go there and have only great and fond memories of the country. Some people still think entering America is the surest way to getting gold. In fact, money is on the streets of America, just get in and pluck. 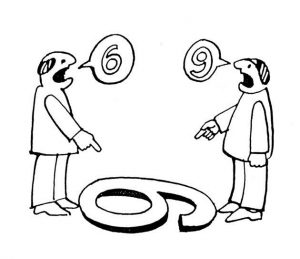 I recall years back in a professional meeting in a very big company in South Africa. Someone looked me in the face and asked where I sold drugs after closing from work. I calmly asked him where he rapes innocent kids and infect them with HIV after work. Such is the power of narratives. This man knowing that I was his colleague had the audacity to ask me such a question with others present. Thankfully, he got a nice talk down from other colleagues when he wanted to become aggressive because of my well-crafted answer.

The reason you don’t see an American and immediately label them with one vice is simple. They have been able to control their narratives. Their leaders sell the dream of the greatest country in the world. Citizens see that their leaders at least try to do good and with systems that mostly work and also buy the same idea. Even if the leaders will chide themselves internally at meetings, it is hard to see them at this stage destroying the idea of a great nation.

I am very aware of the bad eggs from Nigeria in the country I live and the ones I visit. But you will not dare generalize or try to disregard my country and go scot-free. And it is not about being blindly loyal to my country. I speak up when it is necessary and with solutions to problems. And in looking at solutions, you come out understanding that the bad eggs are aided by the local police and other authorities. You end up seeing that there are ways to prevent these bad eggs from getting into your country and ways of arresting them if the authorities can eschew bribery. I also get to remind you that your academic, medical and other sectors have huge contributions from the productive members of the same country you diss. And you won’t also speak badly of my host country that has taken me as a friend for so long by generalizing. I will defend her. Simple.

I am not saying that all Nigerian youths are sterling. Not even close. [True Life Story] But I remember a man I used to know many years ago. He had 5 kids. He drank Ogogoro, smoked and was a big gambler. He was also a teacher. His kids didn’t look like teacher’s kids in those days and their education didn’t progress. They were rowdy and even stole. It was not surprising to many of us. Now imagine if one or two of the kids were lucky to somehow escape poverty, got scholarships and made something of the lives. And one day the Dad decides to mention that many of his kids are not educated and are vagrants. The joke would be on him.

One of our biggest problems is the inability to dig deep and understand the root cause of societal issues. We tend to stick to the symptoms only. We can give examples of Yahoo Boys, Niger-Delta Militants, Boko Haram, etc. We can even give examples of graduates that are not employable and those employed but are almost useless at work. But if you look deep down, you’d realize that it all boils down to a few factors that will point to many years of rot in governance.

And so, as leaders of a country you need to be honest about the issues. And your reaction must be one that attacks the root for a long-term solution. Whilst doing that, it is your duty to project a positive image of your country as its chief brand officer. Same way Trump won’t say many Americans are racists or lazy, same way you don’t accentuate your weakness. No country in the world, no matter how powerful can claim they don’t have bad eggs.

A statistic that may shock you. More than 17 Million South Africans are on Social Grants! This is 33% of the country. Wow. And only 15.5M South Africans have a job. Now, I have not seen a South African President at any time in the past 24 years since democracy go anywhere in the world to disparage his country and say many of his people depend on grants, not ready to work and this a country that actually has a robust and working social grants system. Think deeply about this for a moment. Rather, the South African government is looking at ways to improve education and bring more people out of poverty. You might also not know that South Africa builds small houses for its poor citizens. Any deep thinker knows the effect of apartheid on black South Africans. What is important is how to get out of that problem and raise a generation of prosperous and well-educated South Africans.

I am very happy about the Nigerian youth who is doing everything to change perceptions. Those in the technology sector and other sectors like Agriculture doing great things. Most have struggled on their own to do great things. In one year, Pichai of Google and Zuckerberg of Facebook visited Nigeria not due to government but these dogged young people who caught the attention of Silicon Valley and the world. You are celebrated. I am using some of your ventures in my technology management course as case studies. So proud of you! What we need to do are the following:
1. Do more of what Mark Essien of Hotels.ng is doing regarding internships. I also remain committed to databreed.io and other initiatives that empower Nigerian and African Youths.
2. Find innovative ways to improve primary and secondary education outside of government.
3. Encourage young people around you to become better. If you have relatives that lack good role models, please make yourself available to mentor them. Help them. I am going to improve on this personally.
4. This event is supposed to galvanize you to do something positive. On your street, school, village etc. We can do our small part to change things.

I believe in the potential of the Nigerian child. Given an enabling environment and the right push, our people can do great things. Whilst we hope the government gets their acts together and attack the root of our problems, I challenge everyone to do something on their own. Starting from the family units, extended relations and the community as a whole.